Prague Film School is open to applicants of all ages, nationalities and backgrounds. Applicants are evaluated on the basis of merit and creative potential.

Production experience is not a requisite for getting admitted, but of course welcome. Students applying to Prague Film School come from a wide-spectrum of backgrounds, from the professional filmmaker to the initiate. 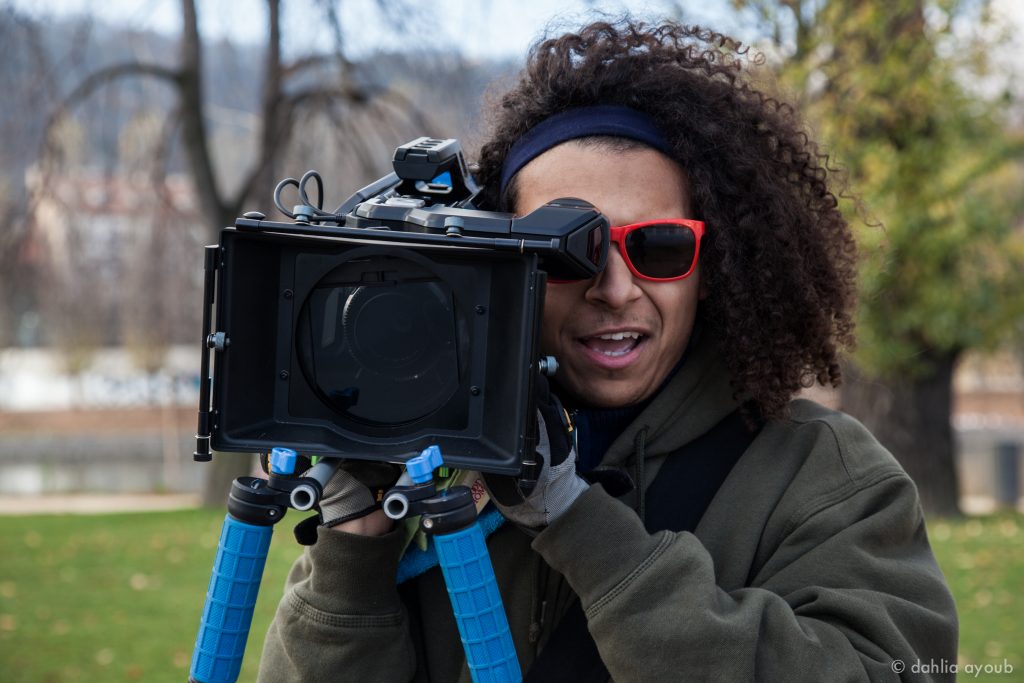 1) advanced filmmakers who may have already completed degree filmmaking programs back home and who have already made festival-level or professional film products;

3) intermediate applicants who have significant production experience as autodidacts or work in a film-related area but who have received little to no formal training.

4) applicants with a background in cinema theory, acting, media studies, journalism, humanities who have not yet had any production experience but who demonstrate a history of interest in film. 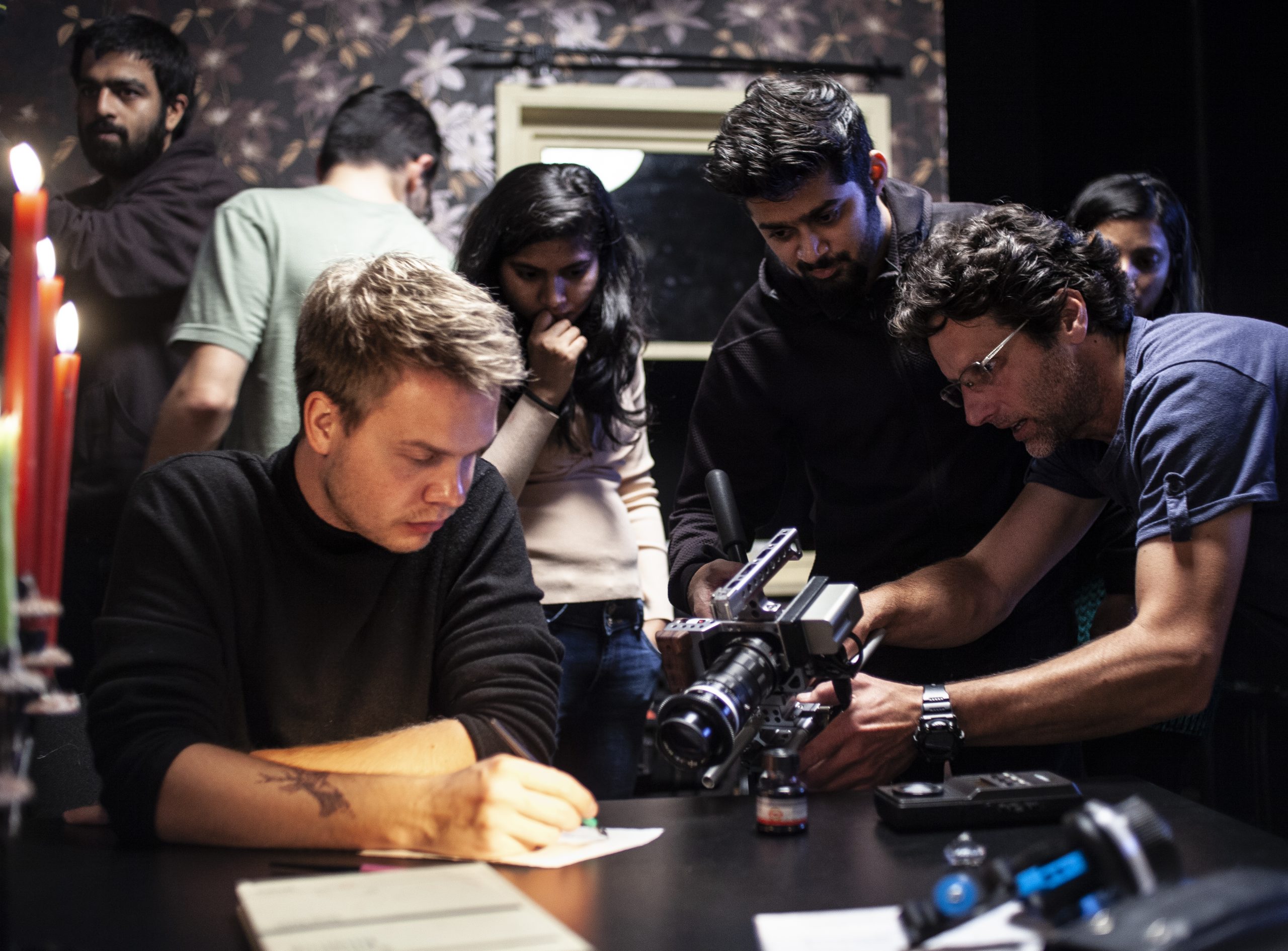 We welcome applications from motivated, independent and hardworking individuals. Students are in class 6-8 hours per day and are also busy with homework, shooting and writing scripts. During production periods, which constitute 20-30 days per semester, shooting may last up to 12-14 hours/daily. Studies are very intensive and demanding and require a high level of personal discipline.

Students are notified about acceptance within 10 - 21 days from the designated application deadline. Students applying from non European or North American countries are encouraged to apply at least 4 months prior to the start of their desired programs to ensure student visas are issued in time.

All application materials can be submitted via Internet. Applicants are advised, however, to check by telephone to make sure that the application was received.

Students applying to semester or year programs are requested to respond to two essay questions on the application form and to provide a sample creative portfolio. Semester and year students are also encouraged to provide two letters of recommendation.

All email applications or inquiries, if not answered within 48 hours, should be followed-up by a telephone call to make sure that they were received. Due to anti-spam filtering and anti-virus settings, some emails may not be delivered; we want to ensure that your correspondence reaches us.

Application materials are not returned.

Privacy notice
When we receive your application, we will store the specific data you have submitted in our records. This is to ensure we can review your application and to have a reference of our communication in the future. If you would prefer that no data is stored when you communicate with us, please feel free to email your request to our data protection officer: dpo@filmstudies.cz

Governmental funding through ministries of education

Students applying to Prague Film School may be eligible for government funding or loans through their national ministries of education.

Are your programs run in English?

Yes, all of Prague Film School programs are run in English. Students at Prague film school come from all over the world, in an average class, typically from over 30 countries. The lingua franca in and out of the classrooms at the school is English.

Do I have to know some Czech?

No. As mentioned above, classes are run in English. Additionally, in Prague at least, most people have some basic knowledge of English. There is a production office to help with matters where language might be an issue with regards to your films, housing, medical issues or student life in general.

Yes. Students can opt for school housing in shared flats: each student has his or her own room but shares kitchen, bathroom and common space facilities with other PFS students.. Students can also choose to find accommodation on their own. All school flats are situated in the city center 5 – 30 minutes from the school by foot or public transportation. Flats are furnished with the basics but do not have Internet. Students arrange Internet on their own - the procedure is fast and easy.

If I choose a shared flat, do I have to share a room with somebody?

No, students in shared flats have their own bedroom but share kitchen and bathroom facilities.

Does the school provide a meal plan?

No. The school has a small café but most students cook their main meals themselves or go out to eat at local restaurants. The school does not have a cafeteria.

What are the fees for housing?

Housing fees are listed on the application form which can be downloaded on the admissions page of this web site.

Does the school shoot on film?

95% of students at Prague Film School shoot with the school’s fleet of REDs, Blackmagic Ursa, Blackmagic pockets, Sony 4K XDCAM and ARRI Alexa. Having said that, students can opt to shoot their end of semester and diploma films on 16 mm or even 35 mm but are responsible for the material fees including film stock, developing, and telecine. Second semester, there is also an advanced course that does cover film cameras - 16mm and 35mm.

I’m interested in directing. How many films will I actually be able to direct?

In the first semester all students have the opportunity to direct 4 films, 3 of which they write themselves. In the second semester, every directing specialization student directs his or her diploma film and works on another 4-8 film productions as they crew on other student films in addition to their own. It’s not uncommon for students to have worked on close to 20 productions the first semester and 10 during the second.

I’m interested in cinematography. How many films will I actually be able to shoot?

With roughly 150 short films and another 100 film exercises in total in the year program, DPs, camera operators and gaffers are in constant demand. Most importantly, during specialization classes cinematography students learn to operate film camera gear used in professional productions throughout Europe or North America.

What does early action application mean?

Applying by the early application deadline means that your application will be reviewed early. The main advantage of applying early is that admittance is easier as there are more places available for fewer applicants. On the other hand, students accepted early must also confirm their participation in the program early.

Is Prague Film School accredited?
Prague Film School programs are approved at many top tier US colleges and universities (Vassar, Oberlin, Northwestern University, to name a few), but we are not an academic institution and do not provide academic degrees. Prague Film School is a registered liability company providing professional training courses in the field of film production.

Can I work while in Prague?

Students not from the EU cannot work in Prague. In any event, the program is more than full-time, making holding down a job an impossibility.

Yes. Cases of violent crime are almost unheard of. Prague is an extremely safe capital.